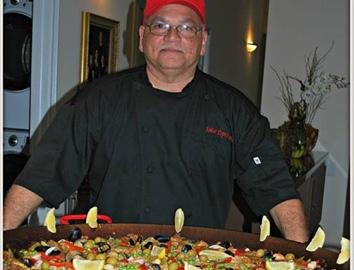 Jose Lugo puts on a show when he cooks his famous authentic paella. He then loves seeing a silent table of 50 hungry eaters enjoying the classic Spanish cuisine, not uttering one word as they savor every last bite of the delectable dish.

Lugo, who is a client of 1-800Accountant, serves as CEO of Senor Pepe’s Paella Catering, LLC in Ft. Myers, Florida. He formally registered the small business in March 2014.

The entrepreneur, who loves spending time in the kitchen with everything he needs within arm’s reach to make his magic happen, explains how his catering service is unique.

“I try to stay as authentic as I can as far as what I cook up,” he says. “Most of my equipment and ingredients come directly from Spain. I go out to a client’s location, which could be a home, pool deck, park, or banquet hall. I set up all of my equipment and prepare the dishes right in front of everyone. People find it entertaining to watch as it’s all being prepared in front of them before it’s served. A lot of times, people are taking pictures of the entire process.”

His specialties are paella valenciana (meat paella), paella marisco (seafood), and mixta paella – a combination of meat and seafood. But he has also come up with a Mexican version of paella, which he makes with Poblano peppers, re-fried beans, rice, beef, and chicken. While paella is typically what people want to eat, he can serve anything from Italian to Greek to Japanese offerings as well. For the kids, he’ll cook up some tasty chicken tenders or macaroni and cheese.

“I take a lot of pride in preparing all of my dishes,” he says. “It’s just a privilege to be able to make authentic cuisine.”

Lugo’s small business primarily serves the central and southern parts of Florida. He travels 180 miles north and south from his home in Ft. Myers on the west coast of the Sunshine State.

He has a long background in the food industry, having previously owned businesses in New York and even serving up hot dogs on the corner of 56th Street and Madison Avenue.

“I have always had a passion for food,” he says.

The Perfect Recipe for Startup Success

Small business owners give various reasons for what they think are the keys to making their ventures sustainable. In Lugo’s eyes, he thinks he has found a recipe for startup success that others simply don’t utilize.

“This is completely out of the box,” he says. “From the presentation to the decoration to the flavors, you’re just not going to get this from other caterers. The fact that I use authentic ingredients from Spain is big. Plus, I go to your location and prepare the food there as opposed to getting food coming in on a metal tray.”

The food service industry can be quite competitive, Lugo admits. The good news for him is that he knows he has some very special ingredients in his kitchen that others simply can’t offer.

“I follow and watch what my competitors do,” he says. “I’ve noticed that some of their ingredients are store-bought. You can’t compare what you buy in a local grocery store to what I get directly from Spain. In my paella, the rice is the key. It’s special because it holds 3 times more of the broth and flavor than regular pearl rice. It’s a lot pricier, but at the end of the day, it is worth every penny.”

When starting a business, entrepreneurs should put marketing strategies near the top of their priority lists. Lugo has done just that by implementing a wide array of methods to get the word out about Senor Pepe’s Paella Catering. He currently has a website – www.senorpepespaella.com – and a Facebook page. He also uses a site called Thumbtack that sends him a text message when someone is looking for catering services. He and his assistants wear polo shirts with the company name on them, and he hands out flyers with his contact information. In the future, he hopes to potentially put up a billboard and run commercials on TV.

Among the challenges he’s faced in starting a business in the catering field, Lugo admits finances and holding himself back have been the biggest ones.

“I don’t want to rush into things so I can do things the right way,” he says. “I don’t want to over-purchase or try to be bigger than I can be. I just want to grow into it and keep that same authenticity that really comes with having a small business.”

Based on his experience as one of the millions of proud American small business owners pursuing their passions, Lugo offers some tips for entrepreneurs.

“Follow your dream and focus on your goals,” he advises. “Stay on track and don’t take on more than you can handle. Starting a business is a step-by-step process. Don’t give up because there will be lots of obstacles. Learn from every mistake you make and make everything better in the future. Don’t go backwards – go forward.”

While he loves being his own boss, he points out that there are both advantages and disadvantages to being self-employed rather than working for someone else as an employee.

“You definitely control your destiny. You can make it exactly what you want it to be and grow as much as you want to grow.

“The drawback is that there is not as much family time because you’re married to your business. But you get to share your benefits that come with owning a business with those around you.”

“I’ve had a lot of questions about the taxes involved in owning a business. I can call 1-800Accountant and get all the answers I need. Becoming a client has definitely benefited me.”

Photo credit: The photograph of Jose Lugo was provided by Senor Pepe’s Paella Catering, LLC and is used with permission. 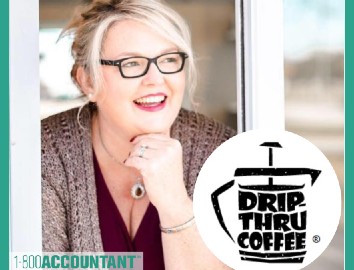 Christy Deen: Taking a Chance on a Dream 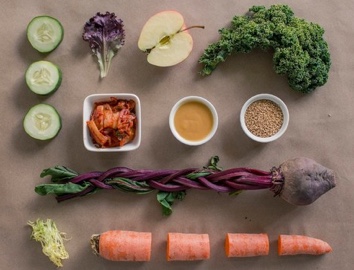 Giving Back to the Community by Nourishing Your Health