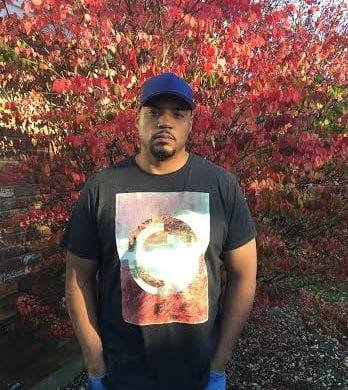 Michael Scott of Kettering, Ohio has been a lifelong lover of music. After paying his dues in the military, he became physically unable to work in the medical field any longer, prompting him to chase the entrepreneurial dreams he had not yet realized. So in early 2015, he and his business partner, Jaquwon, formally established Solid Kings, LLC – a small business that was already two years in the making.

Solid Kings is a music production company in which the music is recorded in different studios. The more administrative duties of small business ownership are done out of the team’s home office.

“I’m a producer and musical engineer. I manage the artists we bring on. My partner is also an artist, and he writes songs,” Scott explains of the roles he and Jaquwon play.

With the faith he and Jaquwon have invested in the group of people they have brought on to work with them, the pair is confident that they’re destined for success.

“Everybody that we’re working with put 100% of themselves into it. It’s not just one individual – it’s a team working together. If you have a group of 4 or 5 people putting their hearts into something, there’s a chance for success,” Scott expresses.

It is this teamwork aspect that Scott enjoys most about being a small business owner. That, and what the business focuses on – music.

“When I got out of the military, music is what calmed me down. It has always been a dream of mine to do something with music. Now, I enjoy meeting people I could work with and finding collaborators, and especially letting people hear the music we have been working hard to create,” he enthuses.

Virus: Infected is an album by Solid Kings.

The music industry has changed dramatically over the years. New content is being churned out constantly, placing emphasis on singles instead of albums. Instead of being impatient, Scott and Jaquwon decided to gain an edge over their competitors by launching a cohesive album instead of a string of singles.

“We are by Cincinnati, so there are a lot of groups and artists around here. We can work faster, but we wanted to learn from each other and grow over the two years that we made our album. Through one of the people on our team, we were able to meet a lot of great people in the industry,” he explains.

Scott believes most of the listeners of their current release will be high school and college-aged males. Their music can be found on their website, www.solidkingsmusic.com.

Pursuing musical ambitions is already challenging enough, and factoring small business ownership into that can double those challenges. Scott explains how they make it work.

“Building a business is a lot like building a family. Of course there are arguments. We put the music first and business second. If we can still be very family-oriented after two years of healthy arguing, and put a finished product together, then we’re not going to fall out,” he says.

Being an entrepreneur isn’t all hard work and no play.

“I get to produce musical content out of studios. That is awesome. For me to be able to go to a studio to do work, that is just the greatest thing,” he enthuses.

For entrepreneurs or music artists looking to get their names out there, Scott recommends evaluating what is unique about what you have to offer so people don’t take advantage of you.

“Know your worth. You’re going to go out there and people are going to want to tell you what you’re worth. A lot of people will talk about money. But if you know how much you’re worth, you can do anything,” he insists.

Solid Kings, LLC relies on 1-800Accountant for all of their tax and accounting needs.

“We love 1-800Accountant! You guys have really helped us out a lot!”

Photo credit: The photographs included in this blog post were provided by Solid Kings, LLC and are used with permission.