Every Day is Halloween for This Small Business Owner 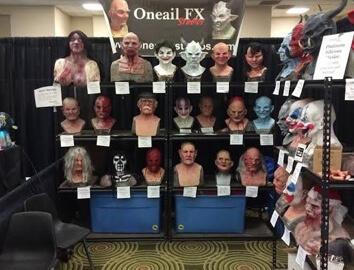 Most people would find Jeremy Oneail’s job downright nightmarish, but for Oneail of Goffstown, New Hampshire, it’s a dream come true. In April 2015, Oneail FX Studios, LLC was formally established. The entrepreneur’s business requires him to make realistic masks that are a big hit in the Halloween industry.

“I make monsters! In a nutshell, that’s what I do. I make monster masks and other silicone masks. In addition to being popular during the Halloween season, they’re also used in theatrical and stage productions. Practical jokers seem to like them, too!” he says of Oneail FX Studios.

Like many entrepreneurs, Oneail sought out small business ownership because of the freedom it allows him to not only follow his passion, but make his own rules. He does not have any business partners or employees, and he makes his creations out of his home studio — making time for family more available than it ordinarily would be with a conventional job.

“Real work is yucky! This business is something I just kind of fell into. I’ve always been artistic. I started to make some masks for my friends, and I went and got an art degree. I also started doing movie makeup, which is a lot of fun. When I made silicone masks for some customers, things just really took off,” he explains of the business’ origins.

It is this organic development that he thinks will bring Oneail FX Studios continued success.

“I think that the product itself is what has made me successful so far, but I’m always innovating and moving forward. I try to figure out what people are looking for, and then balance between what other people want and what I want. Usually, these ‘wants’ coincide with my artistic temperament,” he jokes.

According to Oneail, the most enjoyable aspect of small business ownership is that he never feels like he’s working, and the gratifying feeling he gets when a customer purchases a piece of art.

“Whenever I sell a mask, it’s validation from my customer that my piece of art is worth their hard-earned money,” he says.

The customer base of Oneail FX Studio is mostly men in all age ranges. The small business has a website located at www.oneailfxstudios.com, as well as pages on Facebook and Twitter. Oneail also interacts with customers face-to-face at conventions and trade shows. His creations even made an appearance at San Diego Comic Con in 2015.

Competition in the Halloween Industry

Oneail offers a glance of what competition within the Halloween industry looks like.

“When you’re talking about Halloween itself, it’s a multibillion-dollar industry. There actually aren’t too many businesses making masks like this, and what’s great is that we’re all friends. We see each other at trade shows and conventions, and we pass customers to each other if we think the other business is a better fit. There are always going to be people who butt heads, but it makes us look better when we don’t,” he confides.

Being that Oneail FX Studios is a newly-established small business, Oneail – a lifelong artist – is still getting adjusted to the title of “business owner.”

“Even though the business just kind of formed finally after laying the foundation for it, I’m still an artist. The biggest challenge is reminding myself, ‘Oh yeah, I have a business!’ It’s not just a cool hobby that I have anymore,” he admits.

Oneail reminds aspiring entrepreneurs that startup success can be achieved in multiple ways.

“You can make a huge leap and dive right in, or you can do what I did and just let it form organically,” he says.

He encourages those who want to turn their craft into a profession to seek what he calls the “terrifying freedom” of small business ownership, and to evaluate strengths and weaknesses and outsource accordingly.

Jeremy Oneail of Oneail FX Studios is a satisfied client of 1-800Accountant.

“I’ve received help with modifying my business to make sure I’m going in the right direction. It’s a lot less scary knowing I can turn to you guys with questions,” he says.

Photo credit: The photograph of the masks included in this blog post was provided by Oneail FX Studios, LLC and is used with permission.

Kyle Bergman: What Do You Get When You Combine Two Great Ideas? 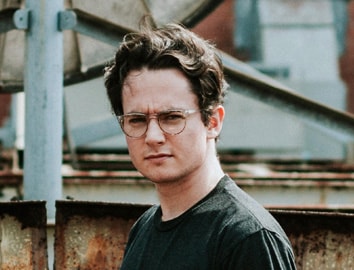 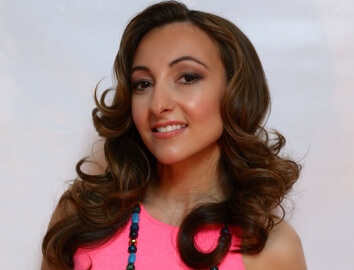 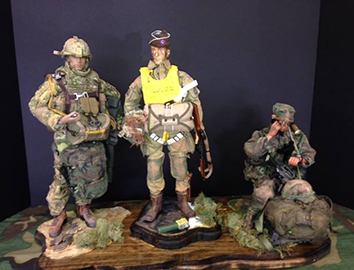